There are those who believe…

Lately, I’ve been watching trash and sketching, and I certainly watched some trash while completing the doodles in today’s post, but nothing really stood out as worth mentioning. There may have been something completely ignorable like Law & Order episodes that will continue in reruns even after life as we know it has ceased. I don’t know. I may not have looked up to see what was on.

I was surfing the selections on my Roku box; found it was taking an inordinate amount of time finding something awful that was worth writing about, and I decided to play DVD Roulette grabbing the first thing I laid a hand on from the TV cabinet.

From a bargain set of 4 science fiction opuses of varying quality, I plucked the movie version of Battlestar Galactica which was released to theaters in 1978-1979(?) and presented in

Sensurround. I remembered at the time that critics compared it unfavorably to Star Wars, and I piled on the show as well. I thought “How dare they blaspheme against THE GREATEST FILM EVER?!“ as if there were room for only one space opera. It was stupid. It’s like thinking that only one Western, war or whatever genre you choose can be made ever. There was room for them all, and it’s a shame that there were not more.

I don’t doubt that the producers decided to greenlight the show once they saw the phenomenal box office and merchandising success of Star Wars. Yes, it is derivative, but so is the story from a galaxy far, far away. At least that is how it was hashed out in court once Lucas and Universal Studios starting suing and counter-suing back then. 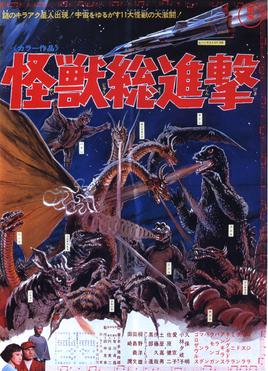 Even the idea for the sketches that accompany this post are derived from Star Wars. I had come up with the idea of the Atomic Warrior as an answer to my own question of “What if Star Wars was made ten years earlier with no budget?” It would have been dumped into the kiddie matinee market and been every bit as successful as Destroy All Monsters. Atomic Warrior started as a notion of a low-rent Darth Vader cobbled together from theatrical costumes and Army/Navy surplus. I imagine that the rebels would be wearing fighter jet flight suits. It would all be rounded out by obvious miniatures and stock footage of V2 rockets and Cape Canaveral launches. Faded prints of the movie would have been playing on UHF television in the middle of the night by the time 1977 rolled along.

So how does this BSG movie hold up? Pretty well. It was better than I remembered it. There were some elements that seemed a little clunky like the cute kid and his mechanical dog, and I wish the Cylons were a little more menacing, but I guess they had to make concessions to the network — make it kid friendly. The special effects were pretty good particularly for the time and particularly for television. There were some pretty rousing battle scenes and it’s a shame that the series as it was didn’t continue.

Yes, I watched the new series, and I did enjoy the first couple of seasons until it went off the tracks for me. It had some of the original’s trappings and characters, but it wasn’t the 1978 Battlestar Galactica.

BSG wasn’t the perfect movie to play in the background while drawing. I found myself getting drawn into the battle scenes, but I still got some drawing done.

I’m still working out the details of what will be a short and simple comic. Rather than write a script which usually leads to being a convoluted mess, I am writing it in sketches. I go where my pencil takes me, scratching out thumbnails of a page, and then trying to work out the position and poses of the individual panels. Hopefully this will result in a simpler, more straightforward story rather than the byzantine messes I’ve written that have never left the notebooks I have lying around.

Pink Zeppelin in a moment of calm

I’m still working in the fabulous Sketchbook from Heaven. It’s still a pleasure to work in while it lasts.

I’m still drawing with the water soluble pencils, and I like what I’m getting from them, but I wish they were darker. It may be that I’ve run up against the limits of my cheap sketchbook. Once the current sketchbook is done, I’ll move to the heavier, higher quality paper that I posted about recently.